At the beginning of the Franco-German War (1870-71) were the German men in England lived, called up for service. One day, an Englishman saw walking his German friend and asked him why he had not gone into battle. "Oh," he answered, "because I'm dead." "You died? You have to explain. " "Good. I did not go to war and have found a young man who has agreed to take the weapons for me. He went in my place, he took my place - and he has fallen. And that is considered by the Authority as if I had been killed, I was regarded as a dead man, and therefore can not be convened. " 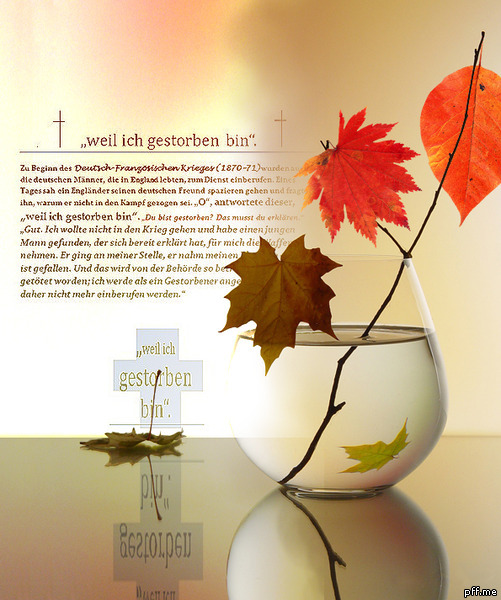 
Romans 6.6 6  We know: Our old man was crucified with him so that the body ruled by sin might be destroyed, and we do not remain slaves of sin.

NIV 6  What we have to understand is this: The person who we were when we lived without Christ was crucified with him so that our sinful nature [ d ] is rendered ineffective and we no longer serve sin. 7  Because he who has died is freed from the dominion of sin claim!
read also: http://bibeltagebuch.blogspot.de/2013/09/what-should-change-now.html